A Room of One’s Own by Virginia Woolf

A Room of One’s Own for Every Woman

Critical Writing, Topic 5, page 705. Explain why it is so important for a woman to have “a room of one’s own”. Obviously, the use of the word room stands for much more than a simple room with four walls and a door. What is implied in the way Woolf uses this term? Do you think this point is still valid for women in the twenty-first century? Why are so many women in any age denied the right to have “a room of one’s own”?

“A Room of One’s Own” is a title of the essay written by Virginia Woolf as well as a concept, significant for understanding women’s empowerment and gender equality principles. In the way Woolf uses this term, it is implied that a room as both physical and mental space for work and creativity is needed to a woman equally with a man. Times changed, but the need for “a room of one’s own” is still critical for many women as the burden of “traditionally female” responsibilities often distracts them from professional and creative self-realization.

As a passionate writer, Virginia Woolf made an emphasis on the fact that women have always been kept away from writing. It happened as a consequence of not giving women equal opportunities for education and work. Indeed, the absence of women in different creative professions was conditioned by the patriarchal idealization of females as muses in books and controversial mistreatment and disrespect of wives in real life. Since men were main breadwinners who managed money and, by this, had decision-making power, women could not have mental space, a room of their own, to dedicate time to learning, thinking, and creating.

Throughout history, a woman’s role was primarily the role of a wife, mother, and caretaker, whereas the woman’s room was mostly the kitchen. Once born a female, one was forever “rewarded” with a list of expectations, such as helping mother with home chores, taking care of siblings, sacrificing education for marriage, personal time for serving the family, dreams for so-called female duties. There was no “room of one’s own” in the picture of a woman’s life and, consequently, no way a woman could concentrate on her own endeavors.

Unfortunately, this point is still valid in the twenty-first century. In many places in the world, especially in developing countries, women are not free to choose what they want to do with their lives, personally or professionally. Under the burden of cooking, cleaning, and raising children, women start believing that the purpose of their existence is taking care of others. First, they want the place and time for themselves but they do not get it, and later they simply stop wanting it because no one provides it. The patriarchal society is interested in reinforcing this tendency because women who know what they want and how to get it to pose a threat to those benefitting from women’s oppression.

It is important for a woman to have “a room of one’s own” in terms of the place where no one bothers her and where she gains mental space to reflect on her identity, plans, and dreams. This room should be provided to both little girls and grown-up women: regardless of age, they should have access to such vital things as reading, writing, learning, meditating, reflecting on the past, the present, and contemplating the future.

Ultimately, it is critical to provide “a room of one’s own” to all the women who still do not have it in the twenty-first century. At the same time, modern females who are not forced to be housewives and caretakers in the first place should appreciate the privilege of personal space and decision-making, won up for them by such brave hearts as Virginia Woolf. Every woman deserves to be treated as equal to a man and as an individual, whose “room of one’s own” should be respected.

The thesis is presented as the last sentence of the first paragraph.

Times changed, but the need for “a room of one’s own” is still critical for many women as the burden of “traditionally female” responsibilities often distracts them from professional and creative self-realization.

The support for the thesis is provided in the consequent four paragraphs. It includes an overview of the traditional patriarchal perception of a woman and a critical insight on why it is important for every woman to have “a room of one’s own”. 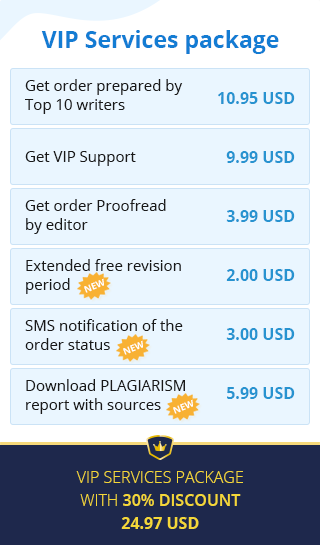 The paper has 1 thesis, 3 supporting ideas, and 1 conclusion.

I like that my paper gives a critical overview of a female destiny and tells things that people who deny the importance of feminism would not agree to.

I changed the sequence of thoughts presented in the paper.

I would give my paper a high grade because it thoroughly addresses all the questions from the critical writing task.